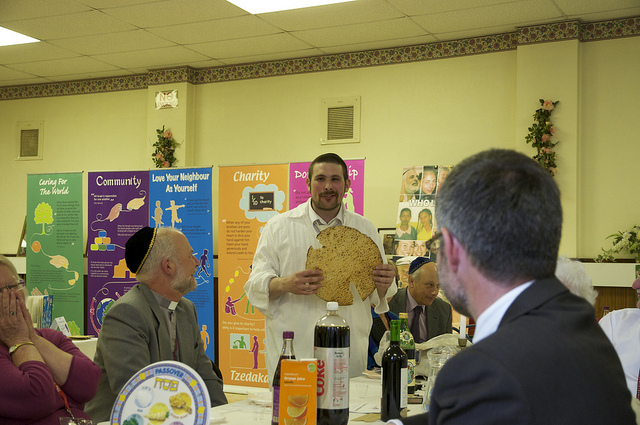 We often think that the Egyptians were barbaric people for enslaving the Jewish people. However, they actually had a belief system and a set of laws. Even in their attempt to subjugate the Jews, they still had to conform to the system of law they believed in. Let’s take a look at the Torah and see what that could have been.

Pharaoh tried to get the midwives to kill the babies in utero before they were born. This shows they did not believe in murder but had no problem with abortion. Another proof of this is when the midwives responded to Pharaoh by saying (1:19) ‘ ‘by the time they arrived at the birth, the children were already born, and there’s nothing they could do’’,  Pharaoh accepted their excuse without any further discussion or punishing of the midwives. When it came to killing all the babies, he decided to throw them in the river, which would be like a second degree murder, as opposed to actively killing them with their hands.The Midrash quoted by rashi (2:23)  tells us that Pharaoh got leprosy. He was told to bathe in the blood of Jewish firstborns. This seemed okay because the life of the king is worth more than the life of little babies. There was a need. This was the cause for this to be justified.

We also see that Moshe and Aahron were granted an audience with pharaoh. They were able to state their case.  Pharoah rejected their argument and explained why.  When he refused to the claims, he referred to Moshe and Aaron by their names, a sign of respect (5:4) When Moshe and Aaron returned with the signs that Hashem had instructed them to perform, Pharaoh got his own necromancers to try and produce the same results, which they did. He then reasoned scientifically that if his necromancers could reproduce the same results, this was no proof that Hashem existed.

The Egyptians believed that there was a future predicted for everybody. They were stargazers and what they saw predicted in the stars they held as the gospel.(Rashi 1:22) The word, Mitzrayim in Hebrew comes from the root ‘meitzar’ borders. Perhaps the idea is that the Egyptians thought you were Boxed in by your horoscope and predicted life without any chance of escape or change. There’s no point in praying as nothing could change what was predicted. Everyone is held in by the borders that were written in the stars for themselves.

This is why Hashem had to show through all the 10 plagues that he had complete control over nature. This is proven not just by the choice of which part of nature Hashem altered by by a sub story between Moshe and Pharaoh. During the second plague of frogs, Pharoah begs Moshe to remove the frogs from him. Moshe, seizing the opportunity, asks him (8:5) ‘ when should they be removed’’. Pharaoh responds in the next verse ‘tomorrow’. We see from here that Pharaoh was testing to see if Hashem could control nature at a given specific time.

In the plagues of pestilence, wild beasts and hailstones Hashem instructs Moshe to warn Pharaoh that these plagues will not affect the Jewish people. This is to prove that Hashem can control nature in such a precise way as to whom it should affect. At the end of the plague of pestilence (9:8) Pharaoh sends messengers to check out if the Jewish herds died and he is told they did not. He hardens his heart and does not want to allow himself to believe. The plague of hailstones was a mix of two opposite elements ‘fire and water. Hashem was demonstrating that he could control nature to such an extent that even opposite elements and forces could be combined together. This seemed to do the trick. Pharoah acknowledged (9:27) that Hashem existed and he and his people were the wicked ones. However, Hashem made him change his mind so he could be left in no doubt who was in charge by the subsequent plagues.

Egypt believed in the power of sorcery and magic. Today people believe in the power of science.The message we  need to take away from these episodes in the Torah is that Hashem has complete control over nature and science despite what people may think they are able to prove.

So what of the slavery?

The building of the store cities, and what some historians opine the pyramids, is in itself not a bad thing. Construction goes on all over the world. The issue with the slavery is the oppression, stress and unworkable workload and timetables that they were placed under. The incredibly long hours without even getting paid. The lack of days off, sick days or even personal days. We see this in our very own world. Just recently the World Cup was held in Qatar. There have been huge scandals about human rights and the low paid nature of the workers who built the stadiums. They worked tremendously long hours in horrible conditions for next to no pay at all. People seem to rely on migrant workers all over the world to work for cheap labor and do our bidding for us.

The Egyptians also had no issue with using Jewish migrants to do all the work in terribly harsh conditions. This has been repeated by many people over history, the ghettos slave-labour camps to name just a couple.

So why did Hashem send us into this particular slavery? Why did we have to endure this before we got the ability to run our own land, the land of Israel.

Perhaps there is a dual  message we are supposed to take from it. The first is we are never boxed in in our lives. We are never trapped and slaves to a particular path of life. We very much believe in the power of prayer. We believe that Hashem has the ability to change nature when and how he wants to in order to achieve whatever He needs and wishes. The second lesson we should take  is how we are to treat migrant workers and our workers. We must build a fair society. We must have a society where people are not overworked, overstressed and underpaid.

And how are we treating our employees? . Are we giving them the right working conditions and pay to compensate them for their work? Do we understand how much goes into the things that we buy in order to pay a fair price for them?  If we take these lessons to heart we will enrich our lives. When we read of the exodus of Egypt it is hard not to feel a little sad that we are still in exile today. The Prophet tells us about the future redemption and coming of Moshiach   “As in the days of your going out of Egypt, I will show you wonders” ( Micha 7:15). I hope and pray that we get to see this very soon.