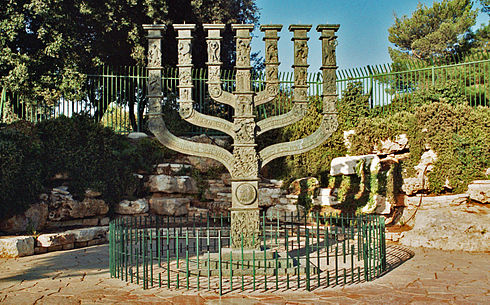 This week’s sedra contains one of the most misunderstood episodes in the Torah. It would appear on face value that 10 of the sons of Yaakov despised their own brother Yosef. They tried to kill him by throwing him into a pit. Eventually, they sold him to a group of merchants travelling to Egypt.

There are numerous questions to be asked on this:

1) How could Jacob show favoritism to one son by giving Yosef a multicolored coat (37:3)? He, having experienced the hatred of his brother, Esov, should have known better.
2) Why was Yosef “fooling around with the children of Bilha and Zilpah” (37:2)?
3) Why did Yosef report all the brothers’ evil plans and actions to Yaakov (ibid)?
4) How could future leaders of the tribes of Israel commit such an act?

The answer I would like to give is based on the sefer “Vayeifk Yossef” written by
Reb Leib Friedman which goes through all the Midrashim and Talmudical sources to deduce the following explanation.

Yosef was a very pious man. We know this from how he managed to spurn the advances of Potifar’s wife when he was a servant at her house in Egypt. . He was able to knock her back even when she clung on to him. Yosef steadfastly kept his Yidiskeit even in lowly Egypt, which was perhaps the most spiritually deprived country at the time steeped in witchcraft and magic. When the Jewish people eventually left on seder night, our Rabbis tell us they were at the 49th and penultimate level of tumah, spiritual impurity.

Yosef is known as “Yosef Hatzadik” Yosef the righteous man. However, he was very humble and tried to hide his good deeds. He did this by goofing around with his brothers and by spending time in the mirror apparently beautifying himself and playing with his hair which gave of the impression he was not spending his time studying Torah. In fact he was studying even as he carried out mundane activities.
However, he was so good at hiding his greatness that even his own family were fooled. They thought he was the”black sheep” of the family. Yaakov thought that just like his father and grandfather had wicked sons, so did he with Yosef. Yosef’s brothers were also concerned with this.

Therefore, they formed a plan. There are two main ways to help children who go off the path and need extra help.
1- Show them extra love, attention and hope this will help turn the child back to the right path.
2- Distance oneself from them, which will shock them into behaving.

Yaakov, being the father, decided to adopt the first approach and show Yosef extra love and attention. He made for him a beautiful multicolored coat made from the finest delicate wool. He gave him extra tuition and taught him all the special parts of Torah he had learned in the Yeshiva of Shem and Ever when he studied there for fourteen years prior to his meeting with Lavan. He hoped he could nurture him into becoming a true tzaddik. This approach works on the premise that one shows how much they care about the other person including his spiritual wellbeing. We show them that we believe the best way of having a good and meaningful life in this world, as well as in the world to come, are by keeping the Torah and being a good Jew. We show them we want them to share in the happiness and reward that awaits us all.

“And the brothers saw that their father loved them more than all his brothers so they hated him and weren’t able to speak nicely to him” (37:4).
Having seen Yaakov adopt the first method and seemingly fail, the brothers adopted the second method of pushing Yosef away. They hoped that by showing him they wanted nothing to do with him, he would change his ways. Perhaps he would be shocked into changing his ways and behaving like a leader of one of the twelve tribes of Israel should.
“And Yosef dreamed a dream and told his brothers” (37: 5). This was like a dagger into the hearts of the brothers. After all Yaakov’s efforts to show Yosef extra love and affection and the brothers efforts to shun and spurn him, Yosef still had visions of grandeur. Their attempts to mould him into a righteous man fitting to be a leader of Israel had seemingly failed.

Therefore, it was time for “plan B”. The brothers now thought that Yosef would turn out like his uncle Esov and great uncle Yishmael both of whom were wicked men until they repented just prior to death. Taking a lead from their grandfather Avrohom who banished Yishmael from his house, the brothers formed a plan to eradicate Yosef.

They voted him liable for the death penalty on account of the licentious gossip he constantly relayed to Yaakov. They reasoned he could cause Yaakov to curse them and ruin their chances of being leaders of Israel. Yosef was therefore a danger to them, and one is allowed to cause harm to another on grounds of self defence.

The Midrash tells us they first tried firing arrows at him from a distance not wanting to harm him with their own hands. When Hashem spared him from the arrows, they set vicious dogs upon him. Finally they elected to kill him with their own bare hands.

Reuven spoke up and saved Yosef’s life by suggesting they give him more time. Maybe a little “alone” time in a pit would do the trick. Hopefully Yosef would be spooked into realizing that he had to wake up and change his ways. This was to be his last warning.

In the end, the brothers sold him to merchants and got rid of him. If he was not going to conform then he had to be driven away as their great-uncle Yishmael was.

The brothers were still fearful of their father, Yaakov, so they made up a story of Yosef being savaged by a beast.

Hopefully, we can now see the brothers in a better light. After all, they all went on to be inscribed on the breast plate worn by the Cohen Gadol.
It also has to be stated that this episode was all the will of Hashem as we see by how the events unfolded. Yosef was to become viceroy of Egypt which would facilitate the Jewish nation ending up in Egypt and their subsequent redemption.

In relation to us here in 5779, there is an important lesson. We must not act hastily when it comes to major chinuch decisions. We have to evaluate each child and see what path works best for him. There is a proverb in Mishlei (22:6) “Educate a child according to HIS own path” No two children are the same. “Just like everyone’s face is different, so are their intellects and character “(Talmud). Sometimes a child needs extra love and affection, but not at the expense of other children.
Children can be scarred for life by their early experiences. Everyone wants to feel loved and appreciated. Every child wants to feel like the most important person in their parents eyes. Let us take the message of this week’s sedra and may Hashem grant us heavenly help in raising and educating our children to be good Jews and upstanding people.